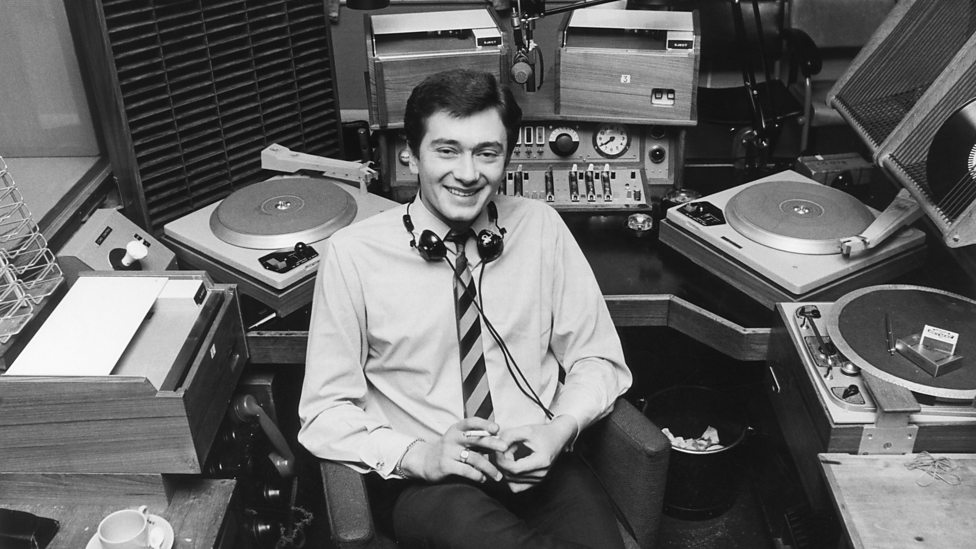 Tom Edwards was born on the 20th March 1945 in Norwich where he was educated.

His broadcasting career started in 1963 as presenter for a weekly "live" pop show for Border TV in Carlisle called "Beat On The Border".

With the advent of Pirate Radio in the mid 60's he joined Radio City where he became Programme Director.  When City closed down he was immediately hired as a D.J. on Radio Caroline (South) where he stayed until the Marine Offences Act of 1967.

Returning home to Norwich that year he became the youngest presenter/newsreader on "Look East" for the BBC.

In 1968 he replaced Simon Dee on "Midday Spin" on Radio One and Two.  More shows quickly followed such as Radio One Club, Whats New, Nightride and was also fortunate enough to co-present Top Of The Pops. The then Controller of Radio One and Two offered him a post on the Corporations staff at Broadcasting House as an announcer, newsreader and presenter, a role that he enjoyed for many years.

In the late 70's Tom decided to go free-lance and over the next decade was an announcer/presenter for Thames TV, LWT, Tyne Tees, HTV (West), Anglia, Southern.

Always a movie buff, on one of his visits to Los Angeles in the 80s  he was asked to present a weekly television show for California called "Hollywood Stars".

On the flight home to the UK he decided it was an offer he couldn't refuse.  He set up home in the Hollywood Hills and apart from his weekly TV show did "A.M.L.A", The Morning Show for KHJ Channel 9 and took an acting role in the television version of "Around the World in 80 Days" because the director thought his English accent was "cute and quaint"!

Home sickness set in come 1990 and on his return to Norwich was within three weeks again appearing on "Look East" as well as doing local radio shows.  In a quarter of a century he had in fact come "Full Circle"

These days Tom lives in the Lincolnshire village of Heckington, near Sleaford and only works when asked to concentrating on the book of his life and times which has to be up-dated continuously.  He promises a good read with no punches pulled.  The good, bad, and the ugly"

Over the New Year he was asked to make a return visit to BBC Radio Norfolk where he talked candidly about his life and the music that over the years has played such an important part and Saga Radio also asked him to stand-in for another good friend David Hamilton.

The 40th anniversary of Radio Caroline saw Tom at the re-union party and met up with all of his ship mates..Robbie Dale, Roger Day and Johnnie Walker who remains a good friend to this day. There was also a chance to meet up with the man who started it all. Ronan O'Reilly.

The BBC decided to recreate the pirate sound from a ship (The LV18) for a week over the Easter holiday period.  Tom did a two hour show on Easter Saturday.

While filming for Anglia TV he was asked was there anything left that he wanted to do.  It was, in fact, to be a D.J. just one more time broadcasting from the North Sea. This wish was granted when BBC Essex asked if he would go back to sea for the 40th birthday of Pirate Radio.

The public's reaction from across the world was fantastic and it goes without saying Tom Edwards hopes to be around for that 50th anniversary but as he says "For once that's something I have no control over". Just simply watch this space! Copyright © 2022 Tom Edwards. All rights reserved.
We use cookies to ensure that we give you the best experience on our website. If you continue to use this site we will assume that you are happy with this.OkRead more